Building relationships in Brazil and Chile

During the visit, Chris Hipkins highlighted New Zealand’s unique, high-value education offering, met with counterparts to support bilateral relationships, and connected with education agents, alumni, and New Zealanders based offshore. He also made clear that New Zealand valued the depth of the education relationship in each country, and his interest in continuing these relationships.

There was a significant media coverage following the visit, including an interview with O Estado de São Paulo, a major nationwide Brazilian media outlet, and a television interview with Pablo Cuellar from Mega Channel, Chile, to promote New Zealand education.

“We would love to see more Brazilians coming to study in New Zealand,” Chris Hipkins said during one of these interviews. 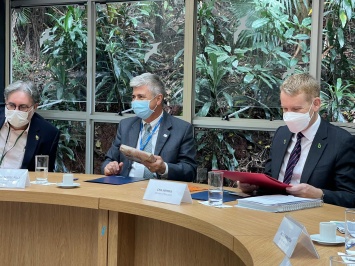 Minister Hipkins with Ronaldo Aloise Pilli – Vice-president / Board of Trustees FAPESP (on his left) and Carlos Américo Pacheco – Executive Board Executive Director FAPESP. 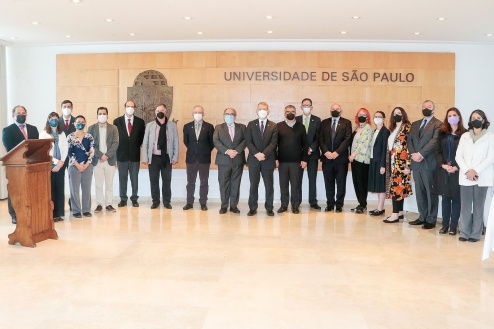 Chris Hipkins also attended an event with New Zealand education agents, alumni, institutions, and business contacts, and visited the University of São Paulo (USP) which included a meeting with key stakeholders from the Council of Deans of São Paulo State Universities.

“It is absolutely brilliant that our Government is demonstrating such strong support to grow research engagement between our two countries, and that our Minister considers agent engagement and alumni as being key to futureproofing our industry,” Ms Futschek says. 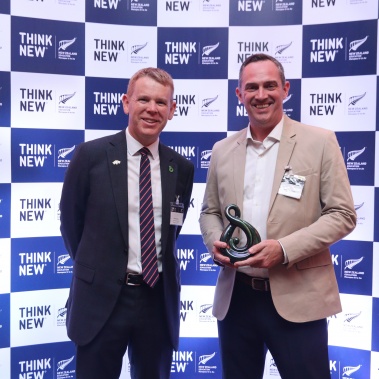 Minister Hipkins and Alexandre Argenta, BELTA President, holding the Piko Iti gifted during the reception in São Paulo for agents and alumni.

The visit to São Paulo was a recognition of the value of international education relationships, and the potential for New Zealand to grow our education partnership with Brazil. Prior to the COVID-19 pandemic, Brazil was New Zealand’s largest source of international students from Latin America. Institution-to-institution relationships are particularly strong, with longstanding partnerships and research collaborations. The Prime Minister’s Scholarships for Latin America are a valuable part of this relationship – of the 400 New Zealanders funded through these scholarships, 109 have been for study in Brazil.

During his visit, Chris Hipkins noted the warmth shown towards New Zealand by Brazilian universities, and the benefits of developing a dual focus. All universities mentioned their growing education engagement with New Zealand institutions, and their wish to further develop this cooperation.

USP’s willingness to consider a “New Zealand Corner” in their International Office demonstrates the success of the investment ENZ has made in its internationalisation focus on Brazil. This work, which began in 2016, has been aimed at developing relationships with highly ranked Brazilian universities.

“New Zealand and Brazil have many issues in common to work on, which they both care about, such as climate change, renewable energy, agriculture, indigenous education. We can gain a lot by exchanging experiences in this regard,” Chris Hipkins said.

The programme in Chile included meetings with new Education Minister Marco Ávila to discuss education cooperation, especially around intercultural education, and to sign a refreshed Education Cooperation Arrangement (ECA); with the new Minister of Science, Technology, Knowledge and Innovation, Flavio Salazar, to discuss potential areas of cooperation, scholarships, and reciprocal education engagement opportunities; and with the Board of the Council of Rectors of Chilean Universities (CRUCH) to witness the signing of an ECA between ENZ and CRUCH that will promote international education and exchange. 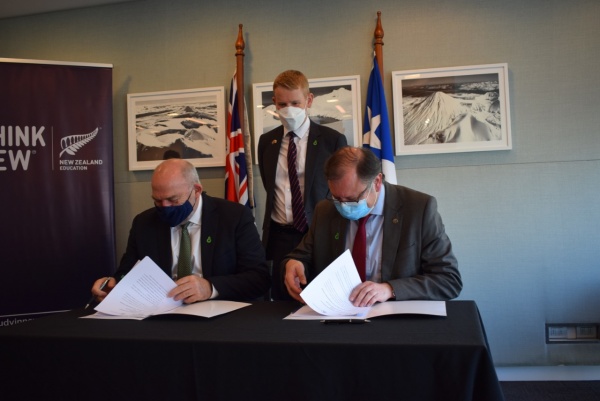 Chris Hipkins also attended the Chilean Kiwi Alumni Board dinner and an edtech engagement event at the Universidad Diego Portales (UDP). He also hosted the 50th anniversary of the establishment of New Zealand’s first diplomatic post in Latin America (in Santiago), to reinforce the strong bilateral relationship between New Zealand and Chile.

“Some of the key takeaways from this visit were the emphasis on diversity, equity, and inclusion, indigenous-led international education engagement, and internationalisation,” says ENZ Regional Director Amy Rutherford. “It is exciting to see the opportunities for collaboration in these areas.”

On his return to New Zealand, the Minister highlighted diversity, equity and inclusion, education agent engagement and alumni engagement as being key to the future of bilateral education relationships in the region.

New Zealand providers are invited to contact Javiera Visedo, ENZ’s Director of Engagement Latin America at latinamerica@enz.govt.nz for further information on the visit, or to discuss plans for engagement in the region.