The recent visit to Singapore and Japan by a delegation from New Zealand, led by Prime Minister Jacinda Ardern, included three events in Japan with a specific focus on international education. 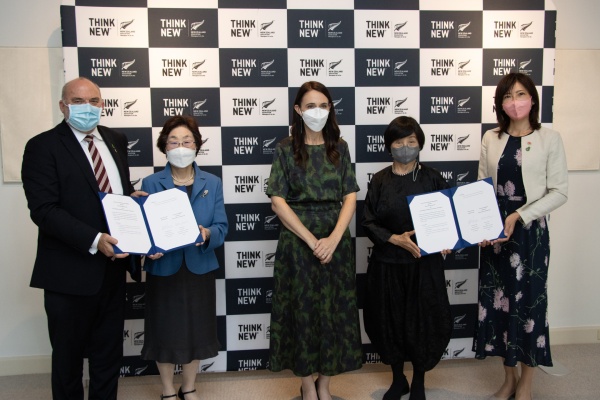 “Like Japan, New Zealand is a long island nation from north to south, and while being influenced by diverse cultures, I deeply sympathize with the historical background that has led to the present. Moreover, the current New Zealand society, which embodies world-leading sustainability, should be a great learning experience for our students,” Professor Satoko Shinohara, President of Japan Women’s University, said.

In Japan, there is a strong focus on the United Nation’s Sustainable Development Goals at the national and institutional level. Gender equality has received more emphasis in recent years and the new arrangement is timely for many reasons, as New Zealand and Japan focus on reconnecting to look towards the future. 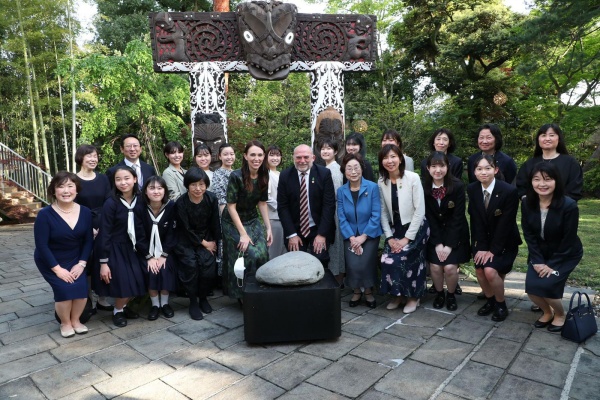 Relaunch of Game On English

The Prime Minister, alongside the President of Fonterra Japan, Yasuhiro Saito, and the Commissioner from Japan Sports Agency, Mr Koji Murofushi, relaunched the Game On English programme that had been paused due to COVID-19. The 2022 phase of Game On will see female rugby players travel to Hamilton to study English and receive high-performance rugby training, sponsored by Fonterra.

Originally launched in 2014, during former Japanese Prime Minister Abe’s visit to New Zealand, Game On English was an initiative that allowed New Zealand to support Japan’s efforts to lift international skills and English language capability while also supporting rugby skills development in the lead up to the Olympics and Rugby World Cup 2019. More than 195 female and male high school rugby players have visited New Zealand to participate in the three-to-four-week programme. 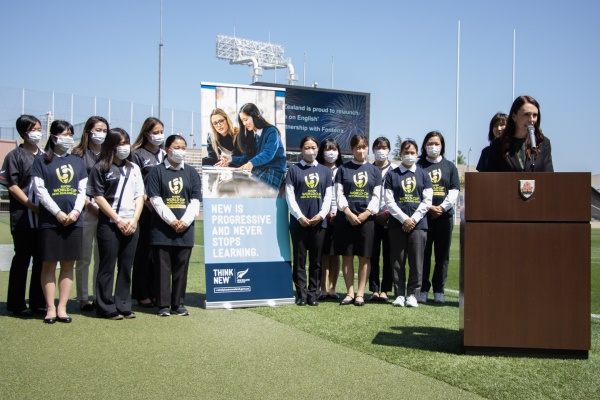 Image above: Prime Minister Ardern speaks at Chichibuya Stadium in Tokyo on 22 April 2022 to support the relaunch of Game On English for female rugby players to study English and receive rugby training. 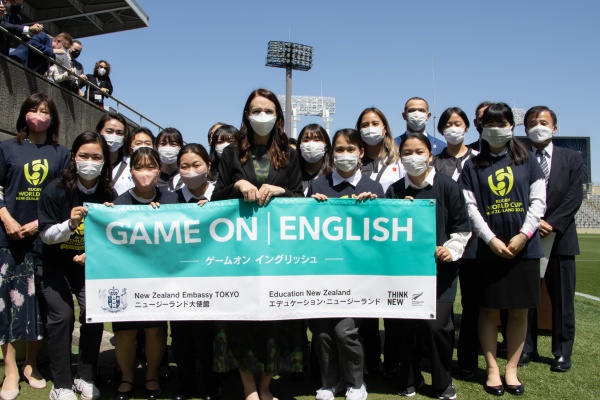 Former Working Holiday Scheme participants from Japan were invited to an event held at Cookie Time Harajuku (Tokyo) store. Several students spoke about their work or study experience, and a recurring theme was how New Zealand changed their life. Working Holiday visa holders from any country can study for up to six months while on a working holiday visa in New Zealand. 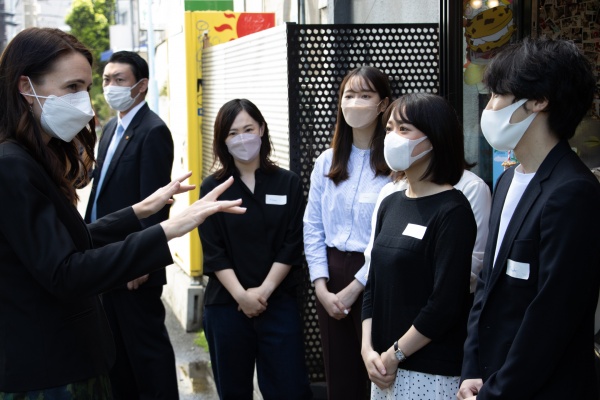 Image above: Prime Minister Ardern speaks to former working holiday visa holders about their work and study in New Zealand.

There has been extensive media coverage of all three events in Japan, including via national newspapers and TV stations. This coverage will support ENZ’s promotional activities before the New Zealand border reopens on 2 May 2022 to short-term students from Japan, as a visa-waiver country.