Education Minister Chris Hipkins visited South Korea, Indonesia and Singapore last month, on a mission to reinforce the message that New Zealand remains strongly committed to international education. Along with the accompanying delegation, he held bilateral meetings with key Ministers in each country and had the opportunity to engage with a number of inspiring, creative, and innovative young people. The New Zealand delegation included representatives from the university sector, Te Pūkenga, schools, as well as the PTE and EdTech sectors.

One of the real highlights of the trip for the Minister was meeting New Zealand alumni, compelling ambassadors for a New Zealand education. Vikra Ijas is a former University of Auckland student and co-founder of Kitabisa, a crowd-funding platform in Indonesia. His story of schooling and tertiary study in New Zealand leading to the establishment of his fundraising platform for social good in Indonesia was truly inspiring. 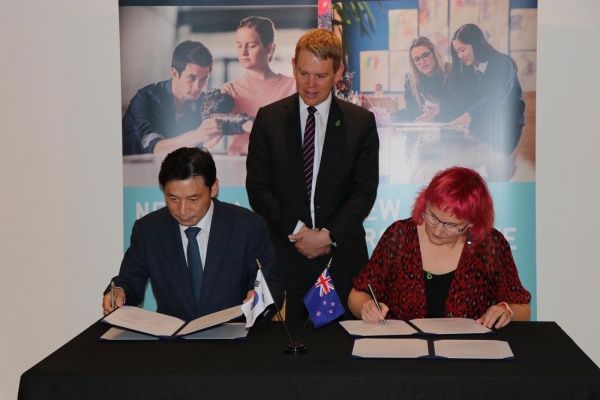 The Minister also witnessed the signing of the Education New Zealand-Incheon Education Cooperation Arrangement (ECA). The formal partnership, based on the ECA, has been designed to establish and strengthen communication ties between ENZ and the Incheon East Asia Global Education Institute, to identify creative areas of potential collaboration and to open up more learning possibilities for our institutions and students. 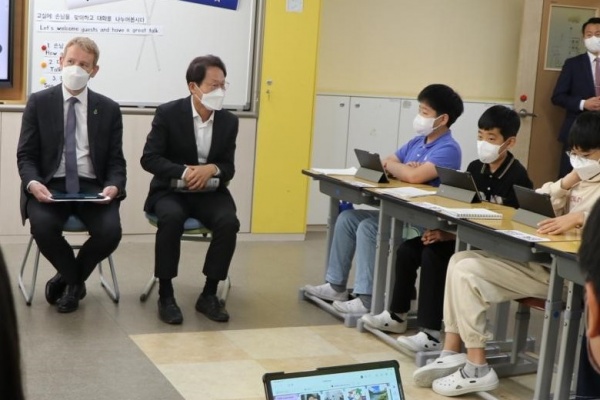 One of the highlights of the Minister’s visit to South Korea was on 24 October 2022, when the education delegation visited Kyodong Elementary School, the oldest school in South Korea (established in 1894). The delegation toured the school and interacted with the students who are participating with Raumati Beach School in the New Zealand - Korea digital cultural exchange programme supported by Education New Zealand and facilitated by Learn English Live.

The programme in Indonesia included bilateral meetings with the Secretary General of the Ministry of Education and Culture, the Coordinating Minister for Human Development and Culture, the Minister for National Development Planning and the ASEAN Secretary-General. The Minister also met with the President Director of Lembaga Pengelola Dana Pendidikan (LPDP), the key Indonesian government scholarship agency, to discuss opportunities to promote New Zealand as a destination for the awardees while further expanding the number of New Zealand institutions eligible to receive the scholarship students.

As well as the visit to Kitabisa, the Minister also had the opportunity to meet a group of Kiwi students interning at WIR Group (Metaverse) in Jakarta under the Prime Ministers Scholarship for Asia. The students were thriving on the unique opportunity and wringing every bit of experience from their internship at WIR. He also launched KIWI Challenge 2022, the annual entrepreneurship competition for Indonesian high school students organised by Education New Zealand.

As with South Korea there was a reception in Jakarta with agents, alumni, PMSA students and key stakeholders. 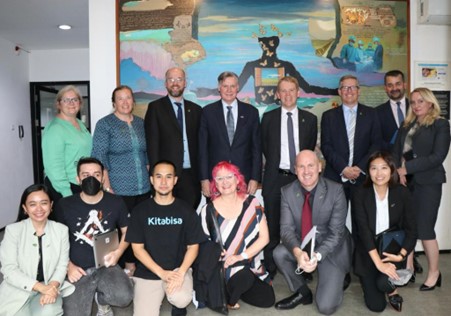 The focus of the Singapore leg of the visit was signing the refreshed Education Cooperation Arrangement with the Minister of Education from Singapore.  The arrangement, first signed in 2018, confirms New Zealand’s commitment to engaging with Singapore on education cooperation initiatives in key policy areas including early childhood education, digital classrooms/blended learning, vocational and lifelong learning, sports and physical education, STEM uptake, and the development of mental health support programmes for the sector.

The Minister also made several institutional visits. The first was to the Institute of Technical Education Central College to understand where Institutes of Technical Education fit within Singapore’s education ecosystem; and the second was the Public Service Sector and Civil Service College. The purpose of this visit was to understand the role that the Civil Service plays in designing, developing and delivering programmes for the Public Service.

The final visit of the trip was to the Centre for Strategic Focus. The Centre is part of the Strategy Group in the Prime Minister’s Office which was set up to focus on whole of government strategic planning and prioritisation. 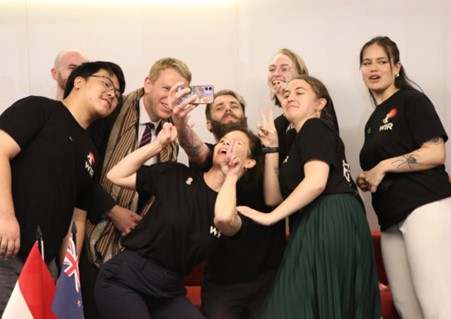