How to expand education cooperation between China and New Zealand was the focus of the 8th New Zealand-China Joint Working Group on Education and Training held in Wellington during the visit of Chinese President Xi Jinping to New Zealand.

The Chinese delegation was led by Vice Minister of Education Dr Hao Ping. He was accompanied by senior officials from China’s Ministry of Education, the China Scholarship Council (CSC) and the China Education Association for International Exchange (CEAIE).

Before the JWG, Vice Minister Hao and his delegation called on Tertiary Education, Skills and Employment Minister Steven Joyce, where a range of issues of mutual interest were discussed.

The JWG is the formal mechanism under which discussions take place between government officials on the bilateral education and training relationship. Established in 2002 – and the first such consultations between China and any foreign country – these meetings provide the opportunity to take stock of what has been achieved and to chart a strategic course for the future.

“Between JWGs there is of course regular interaction, both at ministerial and officials’ level, but the JWG process brings with it its own kind of discipline.  Both sides are acutely aware of the need to evidence progress on both standing agenda items, as well as on newer initiatives.  It is the perfect 'action-forcing' occasion, which also nicely evidences how the bilateral education relationship involves a range of actors on each side”.

This year’s meeting discussed the promotion of student mobility between New Zealand and China, the teaching of Chinese culture and language in New Zealand, cooperation between education institutions at schooling and tertiary levels, quality assurance projects, New Zealand’s involvement in Chinese training programmes and the implementation of Free Trade Agreement related education initiatives.

ENZ will follow up on specific opportunities that were discussed during the meeting and liaise with relevant sector peak bodies as appropriate. 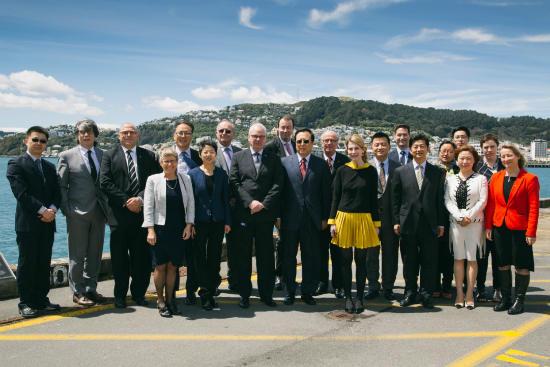 Above:Members of the New Zealand and Chinese delegations enjoy a nice Wellington day after the conclusion of the 8th JWG meeting.

Two arrangements were signed at the meeting, covering qualification recognition and cooperation in higher and vocational education:

An Agreement on Cooperation in Higher Education between Universities’ New Zealand and China Education Association for International Exchange was renewed. 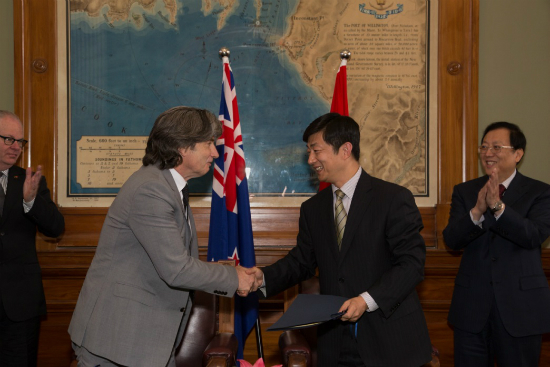 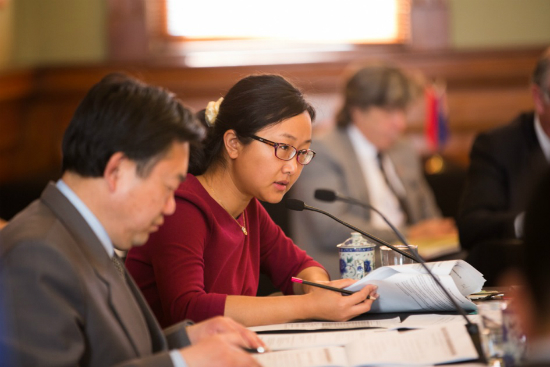 Above: ENZ Education Manager An Jiangqun (Rosemary) interprets at the JWG meeting. Rosemary’s skills as a trained interpreter came in handy during technical discussions on education cooperation.