New Zealand’s strong education relationship with Viet Nam and the opportunities for further cooperation were highlighted during Prime Minister Jacinda Ardern’s visit to Viet Nam in November 2022. This visit followed a series of education events and fairs in Ha Noi and Ho Chi Minh City starting from late October.

“It was a great privilege to be part of this visit. We were warmly welcomed everywhere, and there was a lot of interest in New Zealand education,” says Grant McPherson, Chief Executive at Education New Zealand Manapou ki te Ao (ENZ).

“An education forum in Ha Noi was a late addition to the programme, in response to a request from Viet Nam’s Ministry of Education and Training - this shows the high level of enthusiasm and energy for this relationship.”

Eleven representatives formed the New Zealand delegation for the education forum. Key officials and education sector representatives from Viet Nam joined the event, which was hosted by Vice Minister Nguyen Van Phuc. Institutional autonomy, scholarships, and foreign investment in education were the three main topics on the agenda, generating animated questions and discussion.

Three education arrangements were signed during the Prime Minister’s visit. The Education Cooperation Arrangement between the Ministries of Education in both countries was renewed, with the signing witnessed by the two Prime Ministers. 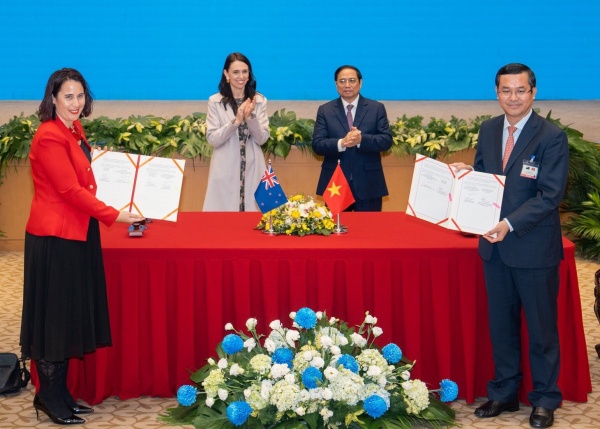 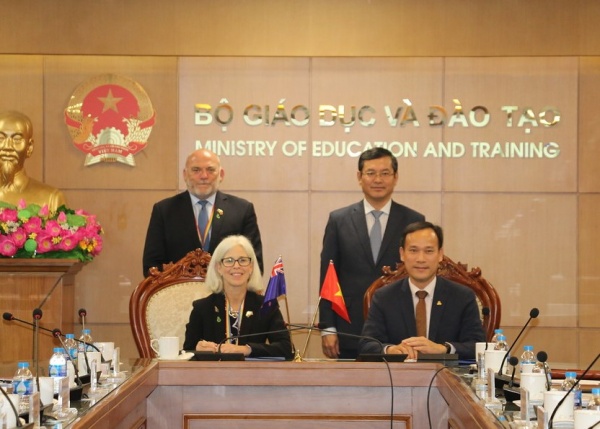 The visit also included an opportunity for the Prime Minister and the delegation to meet with around 70 Vietnamese alumni. 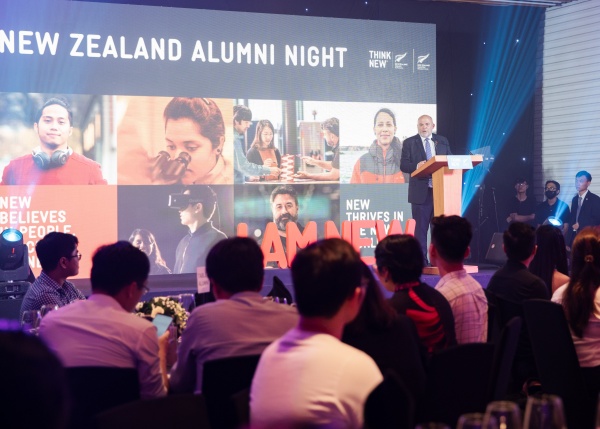 “Over the years, many Vietnamese students have studied in New Zealand, and they have become part of a network of influential alumni. These relationships span every sector of Viet Nam business and government,” Mr McPherson said.

In recognition of the achievements of alumni and to support them as a community, Prime Minister Ardern  launched a digital badge for Vietnamese alumni, I AM NEW, at the event.

Education was on the agenda at a business dialogue on 15 November and a business breakfast on 17 November provided a valuable opportunity to catch up with local institutional partners and agents.

The sector has recognised the opportunities in education with Vietnam. Sector and government agencies’ work so far is helping to raise the profile of New Zealand and the quality of an education delivered by New Zealand.