ENZ is delighted to announce that Dr Esther Brimmer, chief executive of NAFSA: Association of International Educators, will join us as keynote speaker at NZIEC 2017.

Her keynote address, ‘Connecting people to change the world’, will explore the ways in which international educators can build bridges across professional and political lines to keep our societies open and welcoming. 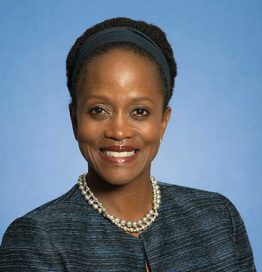 Drawing on recent developments in the United States, Dr Brimmer will outline the initiatives being undertaken by the NAFSA community to foster increased support for international education and will suggest a framework for action that can be applied by international educators the world over.

ENZ Chief Executive, Grant McPherson, said it was wonderful that Dr Brimmer would speak at NZIEC 2017.

“Dr Brimmer operates at the highest levels in the United States government and internationally, and offers unique levels of influence and expertise,” he said.

“We look forward to her insights on how we can forge greater global connectivity through international education.”

With over 10,000 members in more than 150 countries, NAFSA is the world’s largest non-profit association dedicated to international education and exchange. The 2017 NAFSA conference will be held in Los Angeles 28 May to 2 June. At NAFSA, Dr Brimmer is at the forefront of efforts to promote global connectivity through international education and exchange.

Dr Brimmer’s distinguished career has included three appointments within the U.S. Department of State, serving most recently as the Assistant Secretary for International Organisation Affairs.

We’ll be making more speaker announcements before registrations open in May. Stay tuned!