New ECA signed with US institution

Our first-ever education cooperation arrangement to be written in both te reo Māori and English was signed last month in the United States, and will support greater diversity, equity, and inclusion in international education.

Increased opportunities for students and researchers from diverse backgrounds to study and carry out research in New Zealand, and more international opportunities for Māori will result from the new agreement between the Louis Stokes Alliance for Minority Participation-National Science Foundation International Center of Excellence (LSAMP-NICE) and Education New Zealand Manapou ki te Ao (ENZ). 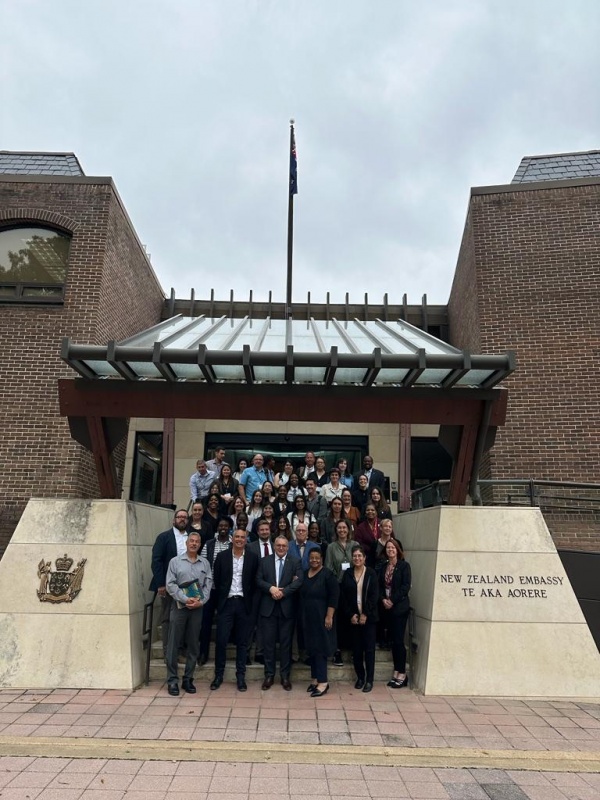 Attendees outside the Embassy of New Zealand in Washington DC, where the meeting was held

The Embassy of New Zealand in Washington DC was the venue for the annual general meeting and conference of LSAMP-NICE on 29-30 September 2022. Representatives of 60 LSAMP institutions across the US attended, as well as international partners including the University of Toulouse, the French Embassy, a Te Kāhui Amokura delegation, and ENZ. The role of Te Kāhui Amokura is to advance and promote the collective interests of New Zealand’s universities to improve outcomes for Māori, and the delegation comprised: 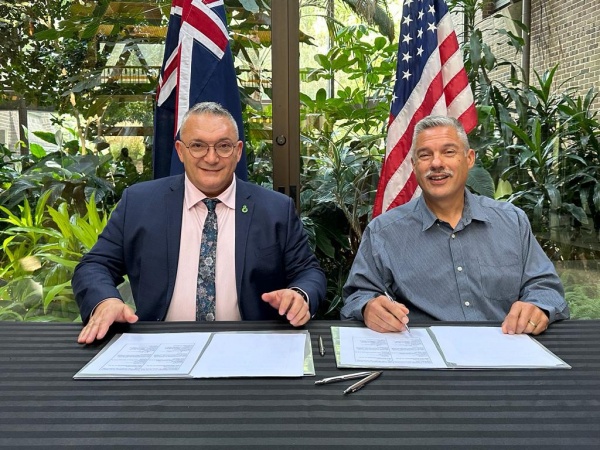 “We are working to build people’s understanding of New Zealand as a country with a unique bicultural heritage and strong social justice values,” DuBois Jennings, ENZ’s Director of Engagement, North America said.

“The new agreement reflects that New Zealand is an ideal education destination for students from historically marginalised backgrounds, and it opens up exchange possibilities for Māori and Pasifika students from New Zealand to experience education on US campuses.

“We have been developing these relationships over several years, including at NAFSA earlier this year. Future possibilities include agreements between LSAMP-NICE and individual New Zealand providers.”