The EAIE conference took place last month in Liverpool, with more than 5000 participants from over 80 countries in attendance. This included ENZ, which coordinated a branded New Zealand pavilion that showcased six universities and four Institutes of Technology and Polytechnics.

ENZ’s Regional Director Americas and Europe, Lisa Futschek, says that partnerships such as NMIT’s confirm how important EAIE is for New Zealand providers wanting to work with overseas institutions.

“Face-to-face relationship building is invaluable in this industry, allowing providers to discuss opportunities in a friendly but focussed environment,” she said.

In light of its new partnership, NMIT will begin on-campus promotion of the exchange opportunity to Kiwi students in 2017.

The EAIE is not a student-facing event, similar to its North American counterpart, NAFSA (Association of International Educators) but an important business to business event on the annual international education calendar. 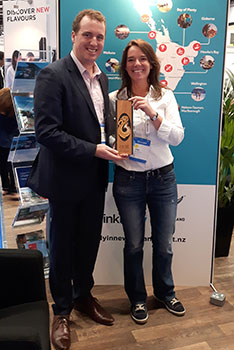 On the eve of the EAIE conference, ENZ hosted a New Zealand networking function, A Taste of New Zealand in the heart of Liverpool, for New Zealand institutions along with their existing and potential European partners. The New Zealand High Commissioner in London, Sir Lockwood Smith, officially opened the event, delighting guests with his passionate promotion of New Zealand as an international education destination.  He shared with the crowd his pride at having introduced the world-leading integrated Qualifications Framework as Education Minister in the late 1980s.

Sir Lockwood brought the evening to a fitting close by leading Ngati Ranana Kapa Haka group in a spontaneous and rousing rendition of “Now is the Hour”. An update from ENZ's Events team

ENZ has launched a new digital campaign focused on supporting and connecting international students in New Zealand during the COVID-19...