A noticeable increase in the quality of enquiries from students, parents and agents has been reported from the first leg of the CEE fair and the associated ENZ-organised agent seminar in Beijing.

As the photos show, New Zealand’s presence at the fair had a big impact, with the Kiwiana finger puppets proving a popular and distinctive crowd pleaser as students assessed a sea of study options.

Initial feedback from industry participants also noted an increase in interest from agents; they report New Zealand is more and more in demand by their customers. The Beijing agent seminar had 120 participants, the majority of which were agents, who had come along to meet New Zealand institutions.

“ENZ, as the government’s lead agency for international education, has paid particular attention to raising the bar in terms of how we package and present the New Zealand education experience. That was noticed and commented on with envy by other countries.”

“It is gratifying to work in partnership with such a committed and professional group as that which signed up for CEE and our agent seminars. It is only by working together that we’ll increase the impact of our activities and a make a difference.”

And there is more good news: New Zealand will be the Country of Honour for CEE 2015. Alex says: “Ambassador Carl Worker and I attended the Gala Dinner event at which New Zealand was named as next year’s CEE Country of Honour. This is a major achievement, representing not only the relationships developed by ENZ, but also the commitment over the years by our industry. Please start planning now to participate in October/November next year!”

Fairs and agent seminars continue in Guangzhou, Chengdu and Shanghai through 3 November. 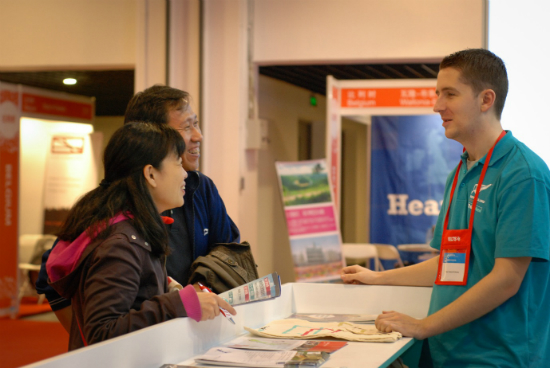