Education links between Palmerston North and Ho Chi Minh City were strengthened on 23 June 2022, with the signing of a new Memorandum of Arrangement (MoA) on education cooperation. The MoA sets objectives for the next three years, focusing on educational exchanges.

The MoA signing is the latest development in the education relationship between Palmerston North and Ho Chi Minh City – an earlier agreement signed in 2014 had expired in 2019. Unlike the 2014 agreement, which only included a few education providers in Palmerston North, the renewed MoA captures a much broader range of institutions, from schools to tertiary providers.

“Education arrangements like this help to further strengthen these ties. Building on sustained and increasing interest from New Zealand education providers to engage with institutional counterparts in Ho Chi Minh City, this will open a new chapter for collaboration and success for the respective cities,” Ms Dobson said. 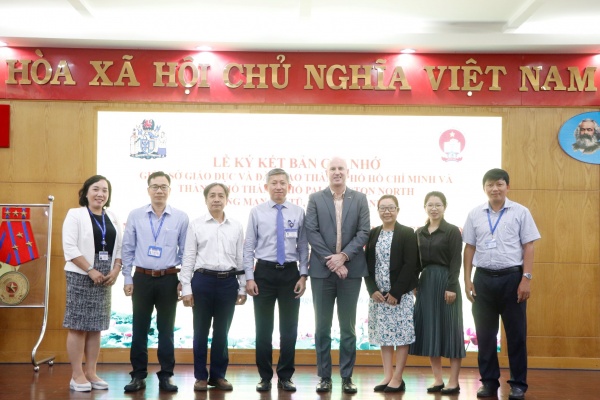